After three months of house arrest we took an excursion to the town of Caserta in southern Italy. We had long wanted to visit there because of the gold artisans but on a short day-trip a friend took us to San Leucio, an area where silk was woven into cloth. The main factory still functions, although only one shop was open when we went.

There were two men in the shop, the boss and a young assistant, both properly fanatic about silk. The boss is a charming guy who has lived in the U.S., Milano, and other places. We admired some rich purple cloth; he said that in that part of Italy, including Napoli the colour purple is considered to be bad luck. You would never see it in a theater, for example, he said.

The number seventeen is also bad luck, he explained. We already knew that in Napoli one touches iron instead of wood for emphasis or luck, were ignorant about numbers and colours.

We bought silk for covering cushions that will be in our Napoli showroom, and a few scraps on impulse (who could refuse?).

Caserta has a VERY LARGE OLD CASTLE, with intact park and grounds. It, and the silk and gold industries were made by the Spanish nobility, the Bourbons or Borbones, when they controlled Napoli. (They are still the so-called nobility of Spain)

Another time we intend to visit the gold workers.

The next day Pietro brought us a large carton box full of old lace that had been discarded in an abandoned villa near Rome. Such delicate, intricate work. We have an appreciation of the craft because Maria Thereza also learned bobbin lacemaking, and we had spoken much with lace-makers in Burano, Venice.

Now we must think carefully about how to clean and preserve it all, and what to do with it…

But what a privilege. To be in touch with those artisans from so long ago. 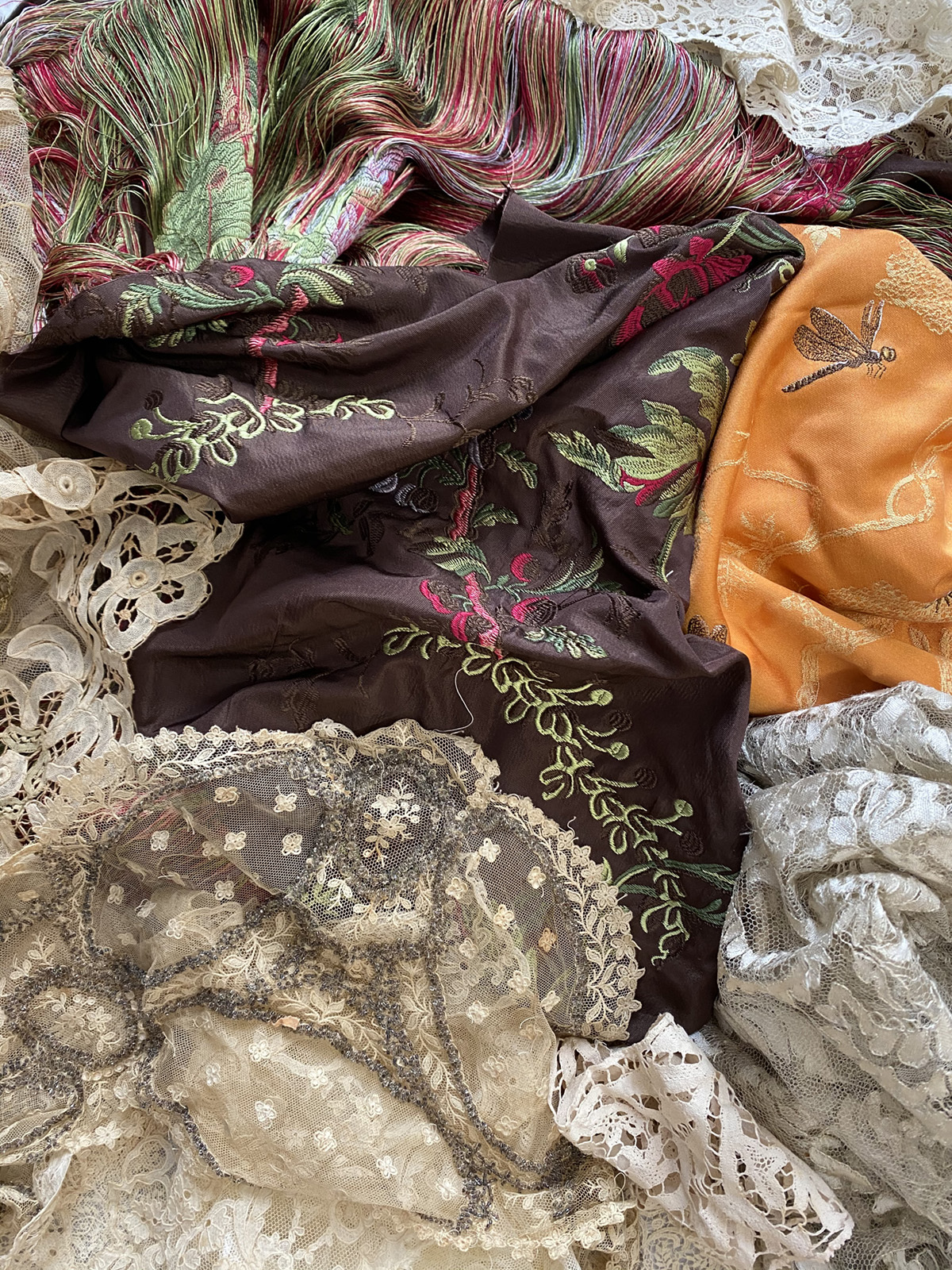